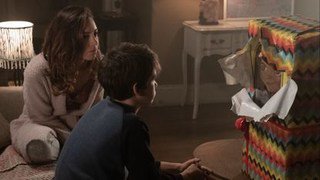 Today, reboots are all but familiar in all aspects of television. In regards to horror, however, the results have been less than stellar. What with the massive failure of the Dark Universe, and the lack of originality in many traditional slasher remakes, there seems to be the proverbial light at the end of the tunnel.

The new “Child’s Play” looks as though it may be a promising reboot of our favorite ginger murder toy. In a twist of modernity, the new film does not contain the original origin of the infamous Good Guys doll. Rather, the plotline takes the approach of an A.I. gone rogue. Fueled with inspiration of tales like Alexa spying on people, and smart homes being hacked, David Katzenberg and Seth Grahame-Smith (“It”) have written a fresh take on the story of Chucky, and the people he terrorizes.

Director Lars Klevberg (“Polaroid”), is implementing animatronics and VFX to bring Chucky to life. It was very important to Klveberg to keep Chucky’s appearance as original as possible. Very wise of Klevberg, as history has shown in many films, that changing a character’s appearance or switching entirely to CGI, is a major no-no. Fans tend to enjoy the original image of a character, and would rather have changes be made in the plot.

Many fans have wondered what will become of the original Chucky series, this is answered by the disapproval of the new film by the original franchise filmmaker: Don Manchini. Declining to be an executive producer for the new film, Mancini had taken a different path and, with Brad Douriff as Chucky, is creating a “Chucky” TV series.

The new “Chucky” film is set to hit theaters June 21st. Ironically, releasing during the same time as “Toy Story 4”. What do you think of the new “Chucky” reboot? Let us know!